“We have used the Blueflow system for almost a year now, and we can see that it has paid off”

Being the only lifeline to the mainland, the bidirectional ferry Mjølner plays an essential role in the island community on the beautiful Danish island Fur. 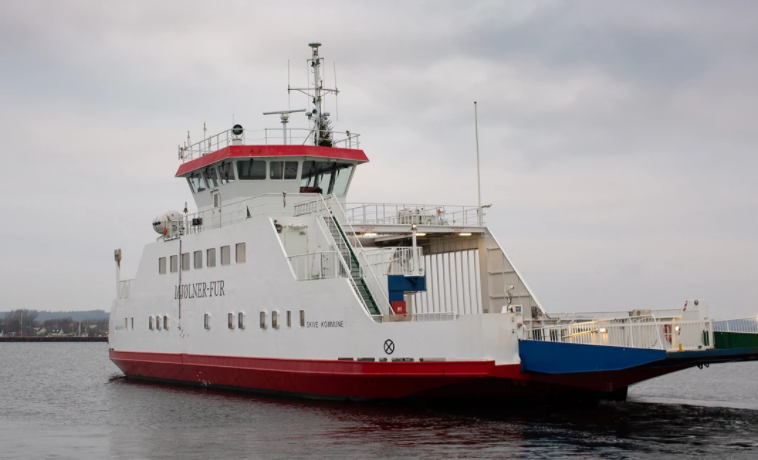 Being the only lifeline to the mainland, the bidirectional ferry Mjølner plays an essential role in the island community on the beautiful Danish island Fur. The little island covers 22 km2 and is situated in the Limfjord, and for the 767 people living on the island, Mjølner is essential.  All year round, Mjølners crosses the water 144 times daily. Therefore, implementing Blueflow was not something that Traffic Manager Anne-Marie Mortensen believed could be beneficial as the trip is very short. However, after some time she agreed on a trial period with DEIF’s Sales Manager Per Ole Sørensen. 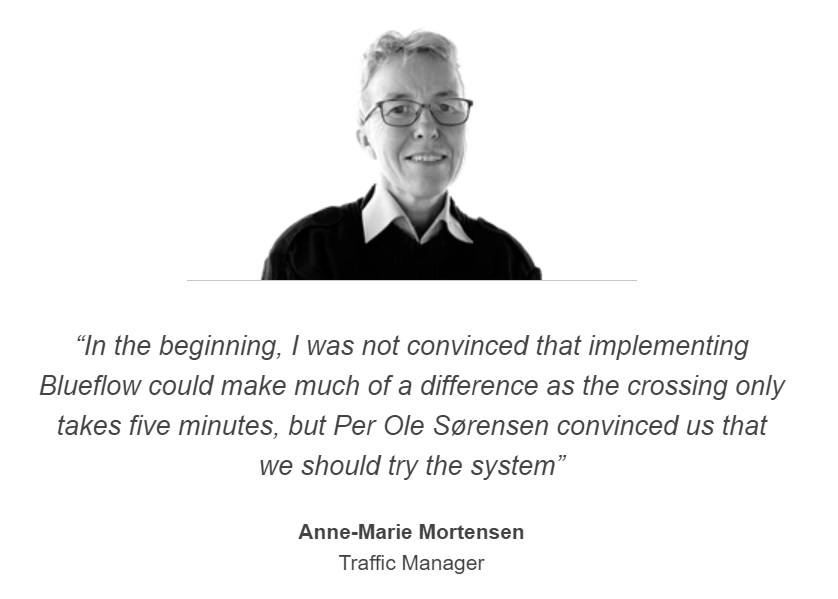 Even though the traffic manager initially was reluctant to the system, the crew’s performance and work with the system has paid off and generated some nice results.

“We have used the Blueflow system for almost a year now, and we can see that it has paid off. Many of our employees are very dedicated to fuel optimisation, and Blueflow is a great tool to tune fuel consumption. I have recommended the system to my colleagues on some of the other Danish ferry crossings”, states Anne-Marie.

Jan Bangsholt is one of the captains who work with Blueflow, and he is optimistic about the system, and he has been one of the pioneers in the implementation of the system.

To make the crew familiar with the system, eco-driving expert and CEO Kim Sjögren from Smart Eco Shipping AB was onboard Mjølner in June to introduce the system and to show how to navigate in the system.

“Even though we all wore face masks and had to keep a distance, Kim was good at explaining the system. People could ask him questions, and I have the impression that the crew gained new knowledge of the system during the session“, says Anne- Marie.

Blueflow is not only a useful tool for bringing down fuel consumption. Right now, the Danish hydrogen conversion project ’On hydrogen across the fjord’ is investigating in whether Mjølner can be rebuilt to sail on hydrogen and through Blueflow they have access to a countless number of data to be used for calculations.

”The project group has access to all Mjølner’s fuel consumption data in Blueflow, and these data is used to calculate how much hydrogen will be required compared to Mjølner’s current fuel consumption.”, explains Anne-Mette Mortensen.

Is there anything you wonder about? Feel free to ask us anything!

This site uses cookies: Find out more.
Scroll to top